Act 133 states that a municipality may not withhold a use and occupancy certificate based on code violations found in a point of sale inspection.

Act 133 of 2016 is a Pennsylvania law signed by Gov. Tom Wolf that changed the way local governments issue occupancy permits to homeowners.

The act amended the Municipal Code & Ordinance Compliance Act, which was passed in 2000.

The legislation states the following:

Act 133 information on other websites: 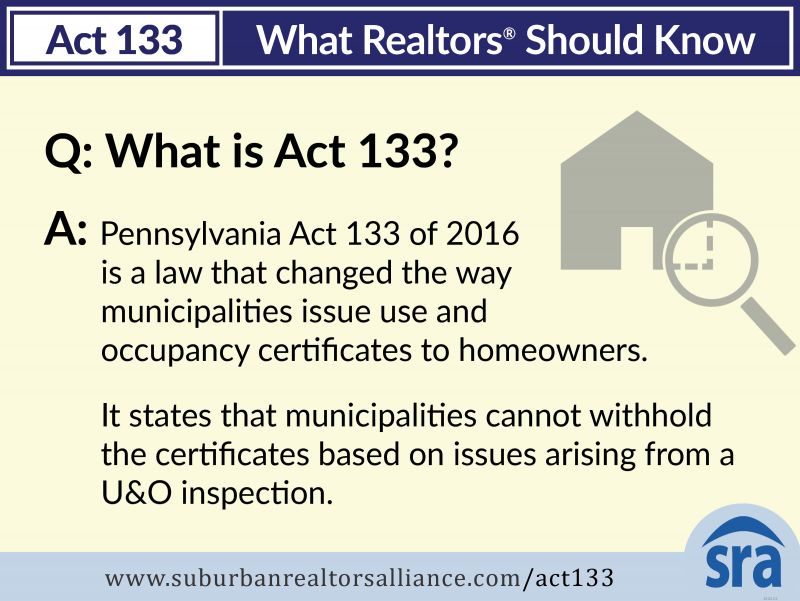 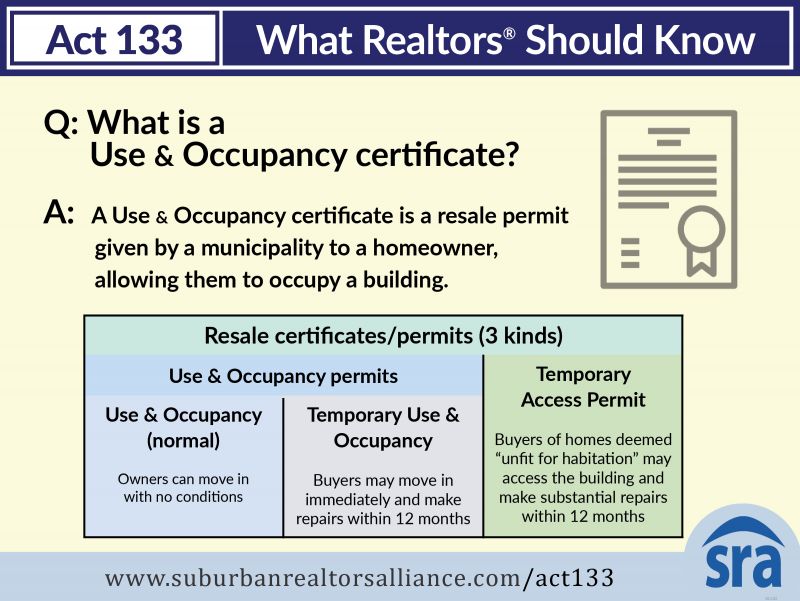 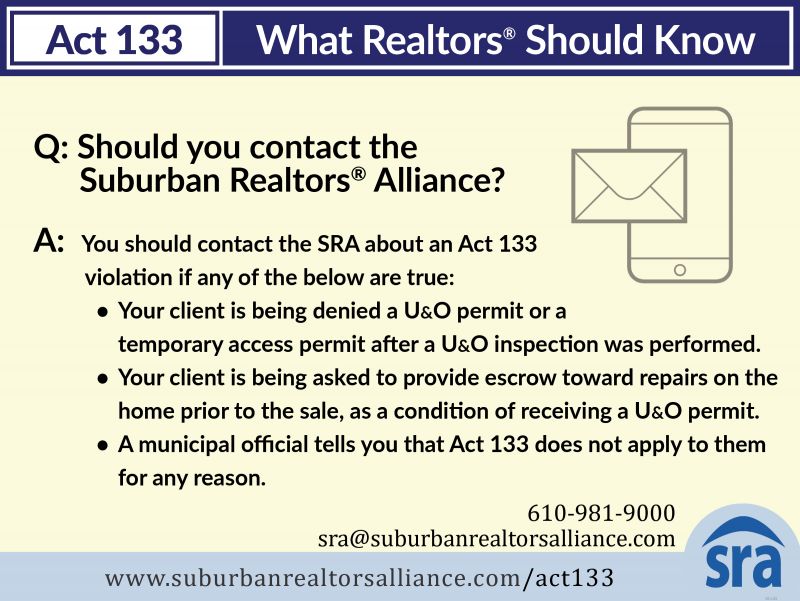 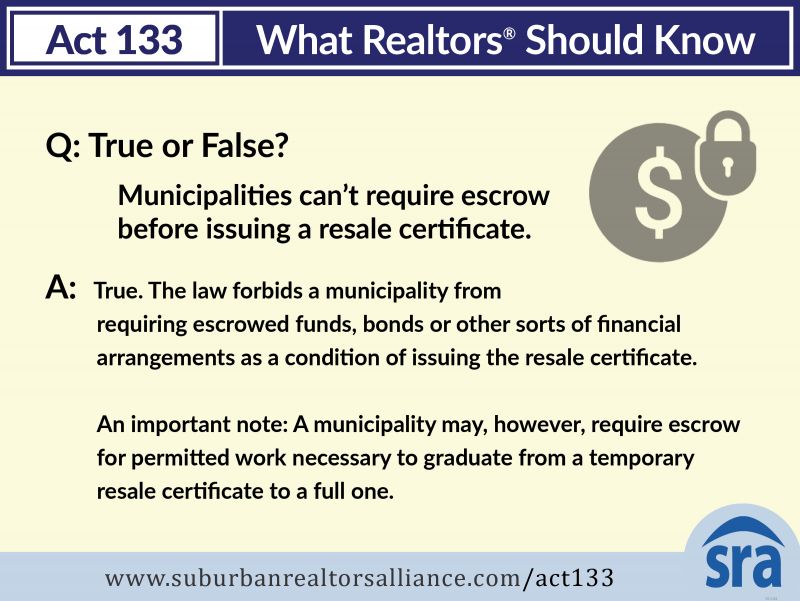 Want to ask us a question about Act 133? Visit our contact page.