Montgomery County
Collegeville’s Providence Town Center is on the market

Why is a Delco school district suing the state? 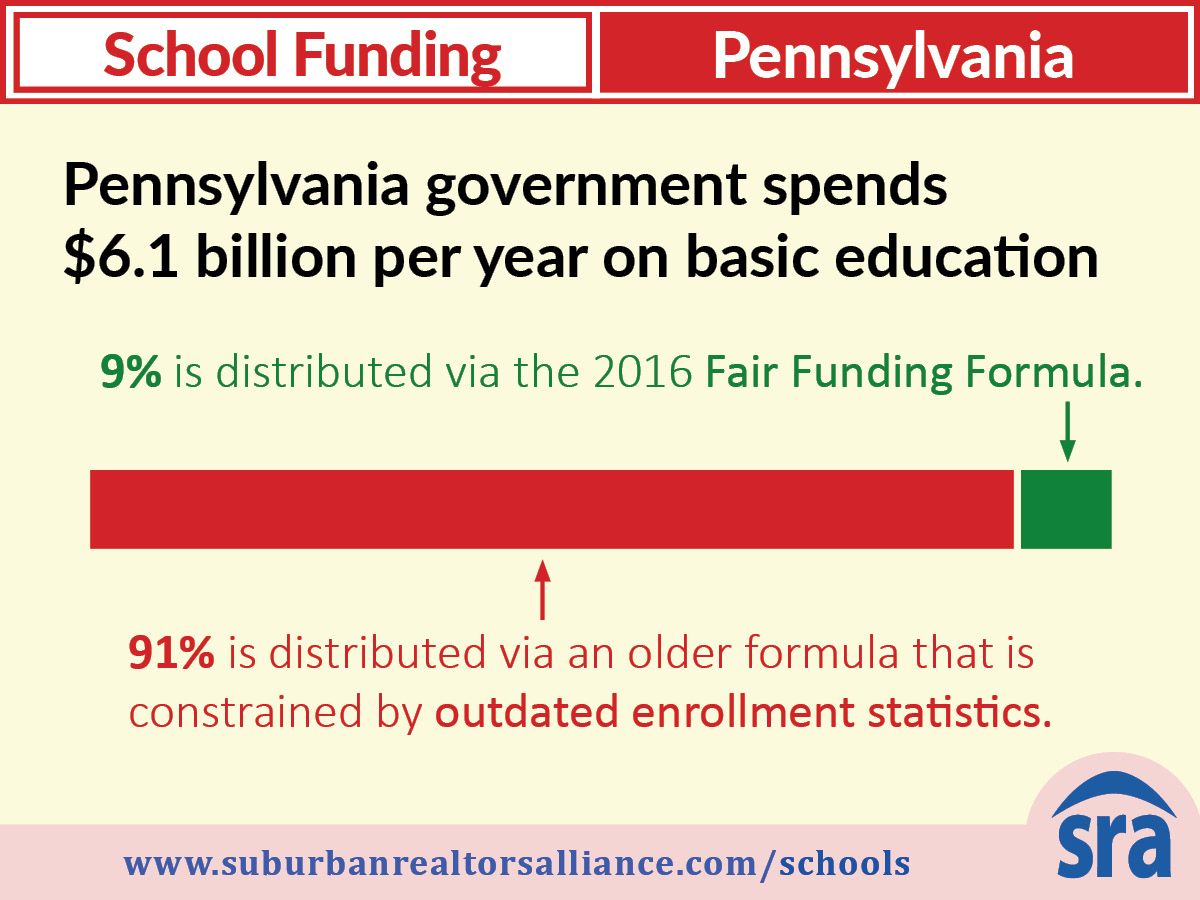 In fact, Pennsylvania does have a reputation for unfair education funding. In 2015, a Washington Post analysis declared, “Pa. schools are the nation’s most inequitable.” In 2016, the General Assembly tried to address the problem by enacting a new Fair Funding Formula, which was designed to equitably distribute Basic Education Funding to all districts in the state by taking into account factors like the poverty level, number of non-English speakers and charter schools.

However, only money added since the Fair Funding Formula was put into place is distributed through it. In the 2018-2019 school year, that’s $539 million out of $6.1 billion — less than 9 percent.

What would happen if all of the $6.1 billion was put through the Fair Funding Formula?

William Penn would receive an additional $2.92 million dollars, about $530 more for each of its roughly 5,500 students, according to a 2018 report by the House Appropriations Committee.

In Delaware County, 12 of the 15 districts would receive more money. Upper Darby would receive an additional $16.2 million per year over its current state allocation of $38.6 million.

In Chester County, 7 of the 12 districts would see a boost. Phoenixville Area School District would receive an additional $2.7 million per year over its current state allocation of $4.9 million.

In Bucks County, 6 out of 13 counties would receive more money. In the 2018-2019 school year, Bensalem Township School District would receive an additional $6.8 million per year over its current allocation of $12.8 million.

In Montgomery County, 18 out of 22 school districts would receive more money. In the 2018-2019 school year, Pottstown School District would receive an additional $13 million per year — more than doubling its current allocation of $11.5 million.

The corresponding losses would be felt by districts who are benefiting from a “hold-harmless” provision that allows them to maintain previous funding levels despite falling enrollment.

State funding is important for districts like those listed above, where a low tax base means raising tax rates wouldn’t yield much increased revenue. The lawsuit is expected to go to trial in 2020, and it could result in major changes in state education funding.