Read our 2019 Annual Report below.  Click the icon in the center to make it full-screen. 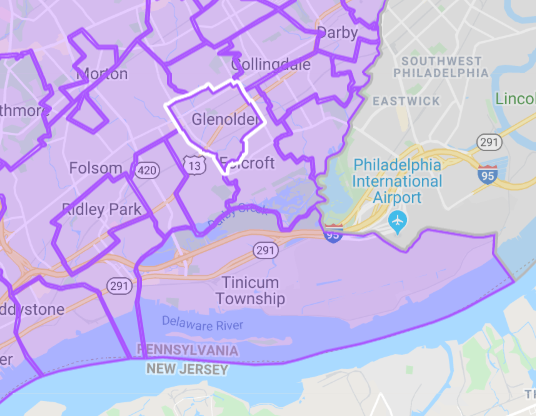 GLENOLDEN, Pa. — Glenolden Borough Council voted Nov. 19 to bring the municipality’s use and occupancy ordinance into compliance with state law. The move comes as a direct result of a federal lawsuit brought by the Suburban REALTORS® Alliance over the borough’s abusive and illegal point-of-sale property inspection practices.

The borough council voted to repeal Chapter 61 of the borough code, titled “Certificate of Occupancy,” and replace it with a new version. The repealed version violated Act 133 of 2016, which amended the state’s Municipal Code and Ordinance Compliance Act (MCOCA) and changed the way local governments issue occupancy permits to homeowners.

“Glenolden is finally doing the right thing.  Unfortunately, it took us asking them repeatedly for three years, then filing a federal lawsuit to get to this point,” said Jamie Ridge, president and CEO of the Suburban REALTORS® Alliance (SRA).

Roughly half of the municipalities in the Philadelphia suburbs require point-of-sale inspections for property transfers. Act 133 mandates that after such an inspection, the municipality must issue a use and occupancy certificate — or a temporary access permit in the case of an unsafe property — and provide no less than 12 months for repairs to be made. Act 133 also states that the municipality cannot require escrowing funds in return for the issuance of a use and occupancy certificate.

“The updated ordinance is great news for Glenolden residents and Realtors®, but it doesn’t change the fact that the borough has violated people’s rights for years,” Ridge said. “Our lawsuit continues.”

The SRA filed a federal lawsuit against Glenolden Borough in July 2019 for its failure to abide by MCOCA. The Alliance’s co-plaintiff in the suit, Mohammed Rahman, recently sold a property in the borough and was subjected to enforcement of unconstitutional ordinances.

Mr. Rahman was required to provide $5,000 in escrow while he made repairs, which is explicitly prohibited by MCOCA. The borough demanded that he complete all repairs within 30 days of settlement — another clear MCOCA violation. And though he completed the repairs within the arbitrary time frame, he was still fined more than $1,200 for not having a use and occupancy certificate at the time of settlement.

“The borough made up its own rules, then broke them,” Ridge said. “You can bet we’ll be watching closely to make sure Glenolden sticks to the law it just enacted so that its residents get the benefit of the new ordinance.”

Act 133 of 2016 is a Pennsylvania law signed by Gov. Tom Wolf that changed the way local governments issue occupancy permits to homeowners. The act amended the Municipal Code & Ordinance Compliance Act, which was passed in 2000. Act 133 was expressly designed to allow property transactions to proceed without compromising safety. The amended law allows code inspectors to issue three kinds of permits after a use and occupancy (U&O) inspection has been performed: 1) a full U&O certificate; 2) a temporary U&O certificate for minor violations, which must be fixed within 12 months; and 3) a temporary access permit, which allow buyers of unsafe homes to make necessary repairs but not move in until an inspector approves. For more information, visit www.suburbanrealtorsalliance.com/act133.