Whose (Sewer) Line Is It, Anyway?

Making sense of sewer laterals beyond the property line

When a municipal sewer lateral inspection reveals a problem that is beyond a homeowner’s property line, who is responsible for fixing it? The answer, many municipalities assume, is that the burden falls on the homeowner.

But is this fair, and more importantly, is it legal? Should homeowners be on the hook for expensive repairs that are literally beyond their property line?

This situation has arisen often enough that recently we have been consulting with legal counsel for the Pennsylvania Association of Realtors® to determine if such ordinances are worth challenging. If you have thoughts or experiences to share about this topic, please contact us at via our online form or by email at sra@suburbanrealtorsalliance.com.

Have your clients been affected by Lower Bucks municipal authority enforcement?

The Suburban Realtors® Alliance wants to hear from Realtors® whose clients have been affected by the point-of-sale enforcement of easements by the Lower Bucks County Joint Municipal Authority (LBCJMA).

The LBCJMA has in recent years taken a hard-line approach to enforcing easements, leading to reports of homeowners incurring losses in the tens of thousands of dollars because pools and outbuildings, which were properly permitted and inspected by their municipalities, encroached on easements, even by small amounts. 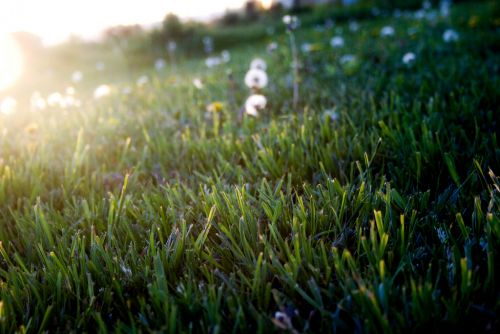 We recently got a call from a Realtor® who was selling a home, and the township would not issue a use and occupancy certificate because the grass wasn’t cut.

While that may sound like an excessive action by the township and a violation of Act 133, it actually was not illegal. The reality was that the township had issued a citation for the overgrown grass before the home sale began.

Act 133 prevents municipalities from withholding resale certificates based on code issues discovered during point-of-sale inspections, but it does not apply to pre-existing violations. Such violations might include building code violations, or missing or open permits.

We can glean two pieces of advice from this anecdote:

1) Listing agents should be proactive about finding out whether there are municipal code violations standing against a client’s property.

2) When it comes to small fixes — mowing the lawn, installing a smoke detector, etc. — it’s often faster and easier to simply address the issue than to fight city hall.

Read more about Act 133 in our blog post: ‘When Do I Schedule Inspections?’ And Other Important Questions.

How a Government Shutdown Would Impact Realtors®