Pennsylvania voters have approved a constitutional amendment that many experts feel could lead the way to real property tax reform in the state. The amendment expands the reform options available to state legislators by making a key change to the tax uniformity clause of the Pennsylvania Constitution. That change could allow local taxing authorities, such as school districts, to exempt up to 100 percent of the assessed value of homestead properties (primary residences) from paying property taxes, without the requirement that non-homestead properties also be excluded. 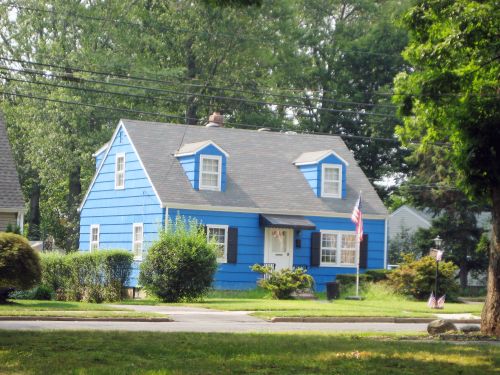 While the initial euphoria of the amendment’s passage is still fresh in the air, it’s very important to note that voter approval was just a first step. Before school districts or other local entities are allowed to fully exempt homes from property tax liabilities, the PA General Assembly must pass a law authorizing such action.

Along with allowing school districts to exempt homes from property taxes, the legislature must also come up with a new menu of tax options that could be used to replace the revenue lost through the exemptions. A requirement of such a plan will be that local authorities may not increase the millage rate on other real property to pay for homestead exclusions.

Even with all of these hurdles, the passage of the ballot question is certainly welcome news for many home owners whose local property tax burdens have outstripped their ability to keep up over the past decade. It is also good news for many school districts who have done all they can to slow the growth of property tax burdens, while at the same time dealing with strict limits on other means of raising revenue.

What’s next in Harrisburg?

Now that voters have done their part to make change possible, our elected leaders in Harrisburg must take the next step of producing implementing legislation. Given the most recent efforts of the legislature to reform property taxes, it’s safe to bet that they’ll be taking a new look at several revenue-replacement options that have been previously on the table.

Raise Local Earned Income Taxes: Only four states, including Pennsylvania, allow school districts to levy a local earned-income tax for school funding. Currently, the local income tax rate in most districts is capped at 1%, which is typically divided by the district and municipal governments. One drawback is that income tax proceeds are historically less stable than property tax revenues, making the budget planning process more difficult.

Collect Personal Income Taxes: While a personal income tax could capture revenue from a broader base of taxpayers, there is currently no taxing jurisdiction besides the state that collects it. This could make implementation of such a tax more difficult at the local level. Additionally, the personal income tax is a less stable tax regarding the collection of the unearned income portion (interest, dividends, capital gains, etc.) as it can vary dramatically from year to year.

Allow Local Sales Taxes: Currently, only two states – Louisiana and Georgia – allow individual school districts to levy a sales tax. Nonetheless, sales taxes are easy to collect at the retail level, and studies have shown that voters sometimes prefer them to income taxes. However, revenues from sales taxes are even less stable than income taxes. In addition, local sales taxes could create situations in which businesses are penalized by consumers because of the district in which they reside.

Statewide Approach: Proponents of Senate Bill 76, the most recent attempt at property tax reform in Pennsylvania, feel that their effort to eliminate property taxes through a centralized system of school funding could regain momentum as a result of the amendment to the Constitution’s Uniformity Clause. However, that measure has proven to be very unpopular in southeastern Pennsylvania, as opponents claim it would leave important budget decisions to a state government that has continually cut education spending over the past decade.

While it’s clear that the task ahead for the state legislature will not be easy, the passage of the Constitutional amendment could produce a window of opportunity for change. Only time will tell whether our elected leaders are up to the task.